The Workingmen's Party,Albert Parsons and the Eight-Hour Workday

The Workingman's Party is often viewed as the first tangible political representation of the Socialist impulse in America.It played a prominent role in the St.Louis General Strike of 1877.Its seven thousand members were mostly German-American craft workers but the group favored worker unity across ethnic and racial lines.It was founded on the question of advancing Socialism's cause through electoral politics.Some of the members were Marxian Socialists that didn't believe it was worthwhile to engage in party politics(I'm feeling more like this everyday).They believed there would be no progress until man's labor was fairly valued,trade unions flourished,strikes and boycotts persisted to reveal the weaknesses of capitalism and private property.

Shortly after the 1877 rail strike, it renamed itself the Socialist Labor Party and it achieved notable electoral success in Chicago,where in 1878-9 its candidates won slots for a state senator,three state representatives, and four city aldermen.But within a few years many in the Chicago SLP became disillusioned with political corruption and denials by judges of elected SLP candidates.Albert Parsons,leader of the SLP, had placed faith in the ballot as a means of alleviating the workers' blight.Parsons and other leaders eventually became disillusioned and stated that the State,the Government and its laws were agents of the powers of capital(sound familiar)..that the chief function of all Government was to maintain economic subjection of man of labor.This form of despotism was an invasion of man's natural right to liberty.Of course, the Chicago authorities kept a close eye on Parsons and friends since those words were proclaimed at a Market Street speech.

One of Parsons friends was August Spies who was the editor and business manager of the German-language daily called the Arbeiter-Zeitung in Chicago.Spies paper was radical in tone and both men retained a tenuous faith in the ballot as an instrument for change.They found themselves among the more adamant colleagues at national gatherings.They sided with the Revolutionary Socialist Party,an anarchist splinter group from NYC,who advocated direct action including terrorism as a weapon of harassing the ruling elite and emboldening the masses.

Parsons edited the Alarm which had a subscription of twenty-five hundred and a pass-along readership that was much higher.In February,1886,the Alarm viewed the popular eight-hour movement as a sign of the progressive ideas underlying the entire labor movement.On May 1,Chicago and numerous cities around the nation would demonstrate for the eight-hour workday.One hundred thousand marched in Chicago for the cause on May 1,the nation's largest turnout, with relative calm.Unfortunately,on May 3,four men were shot to death by the Pinkertons in an riot at the McCormick Reaper Company who wanted to replace union workers and lower wages.To protest the slaughter at McCormick,a rally was called for the next day at Chicago's Haymarket Square.

The Haymarket Square gathering was peaceful.Spies and Parsons spoke but didn't inflame the crowd with violent rhetoric.Spies accused the McCormick bosses of murder while Parsons urged the workers to arm themselves in self defense.Both left the rally after their speeches.Samuel Fielden worked as a teamster and gave the last speech.He stated that a war has been declared on us and that workers must resist with anything they can get a hold of...the capitalists have no mercy,so ought you? The Pinkertons,lead by Inspector Bonfield,was informed about the remarks and lead his men to disperse the crowd. As they got to the stage to stop the rally, a terrific explosion occurred and the bomb killed seven and injured sixty-seven policemen.After the explosion,the police killed four and wounded fifty workers at the rally.Samuel Fieldon was led away by companions,a police bullet in his knee.

Most of the nation was outraged over the incident,a deadly assault on uniform police by anarchists.The NY Times,Harper's Weekly and the Chicago Daily News all came out against the violence of the leaders of the rally. While the much-published assumption that the bombing was planned,there was little proof to support the theory.Spies,Fielden and five others were arrested immediately with Parsons evaded the police dragnet.Sifting through the scant evidence and interviewing witnesses,investigators could not agree on weather the bomb had been thrown at the police from the speakers wagon,the sidewalk,or a window overhead.Nonetheless,over several days the outlines of a conspiracy emerged with the arrested as the targets for the prosecution.Parsons came back to Chicago to stand trial with the other six comrades on June 21,1886.

The defense assaulted the state's claim that the anarchists intended the rally in Haymarket to trigger"a revolution",since any intelligent person knew that when anarchists spoke of revolution they were referring to an ideal--a change in the economic and civic conditions of society that would someday replace government authority with greater individual autonomy.Unfortunately,the defendants lost the trial and all were hanged on November 11,1887.Before he died Parsons read a poem by John Greenleaf Whittier's"The Reformer".Wheather on the gallows high,Or in the battle van,The noblest place for man to die,Is where he dies for man.

More from "There Is Power In A Union" by Philip Dray.
Posted by William Goonan at 2:21 PM

Newer Post Older Post Home
Subscribe to: Post Comments (Atom)
People are just natural conditions
Ajahn Chan
We have grown literally afraid to be poor. We despise anyone who elects to be poor in order to simplify and save his inner life. If he does not join the general scramble and pant with the money-making street, we deem him spiritless and lacking in ambition.

Eugene Debs "Solidarity is not a matter of sentiment but a fact, cold and impassive as the granite foundations of a skyscraper. If the basic elements, identity of interest, clarity of vision, honesty of intent, and oneness of purpose, or any of these is lacking, all sentimental pleas for solidarity, and all other efforts to achieve it will be barren of results." "Ten thousand times the labor movement has stumbled and bruised itself. We have been enjoined by the courts, assaulted by thugs, charged by the militia, traduced by the press, frowned upon in public opinion, and deceived by politicians. But not withstanding all this and all these, labor is today the most vital and potential power this planet has ever known, and its historic mission is as certain of ultimate realization as is the setting of the sun." "I seek to rise with workers, not rise from them

As we witness the members of the public unions of Wisconsin and their supporters in the streets,one must remember their fight for democracy in the workplace helps all Americans(90% non-union workers) who work for smiling,insensitive dictatorships that would cast workers out into the cold for voicing their opinions and standing up to injustice.The corporate,conservative mindset hates real democracy because it gives ownership to the powerless and respect to the oppressed. Our fathers and mothers had ownership when one third of the American workforce was unionized.Work councils(in fifty percent of Germany's companies)provide equality and democracy between management and labor while making all the decisions for a productive,profitable company.Germany is one of the leading exporters of the world.This new form of capitalism must be replicated on our shores. 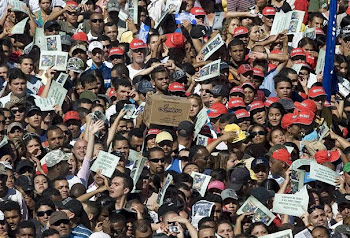 World Labor Day
Labor is prior to,and independent of,capital.Capital is only the fruit of labor,and could never have existed if labor not first existed.Labor is the superior of capital,and deserves much the higher consideration.

Work councils,co-determination boards are our biggest export(Germany)..if it spreads throughout the EU,it may start to burn itself into our brains not just as a rival but smarter form of capitalism,one that is not only more democratic but more competitive. 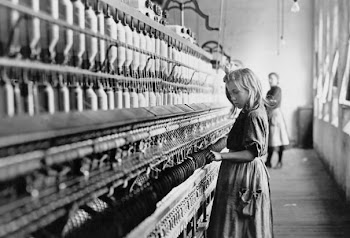 Why Walmart is #2 private sector employer in NYS 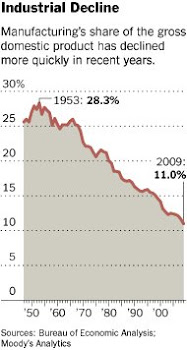 Warning from the Irish World(1877) before Railroad Strikes of 1877.

"Drive a rat into a corner and he will fight.Drive your serfs to desperation...and in their desperation they will some day pounce on you and destroy you" Two weeks later a series of strikes developed throughout the country, starting with the first in Martinsburg,West Virginia. 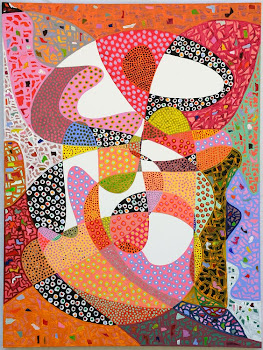 From "The Wrecking Crew" by Thomas Frank

The longing for permanent victory over liberlism is not unique to the Anglo-Saxon world.In country after country,business elites have come up with ingenious ways to limit the public's political choices.One of the most effective of these has been massive public debt.Milton Friedman,dean of free-market economists, stated that deficits were a way to smash a liberal state that voters could not be persuaded to part with otherwise.The famous "supply-side" theory that states less tax will unleash economic growth has been used by Republicans to increase the deficit.Reagan and Bush#1 increased the national debt from 914 billion to 4 trillion by 1992.Geroge W Bush,with tax cuts, unpaid wars and bank bailouts,increased the deficit by another 6 billion.Reducing the public's faith in government is the final goal of the Republicans.

The top 10% have 80% to 90% of stocks, bonds, trust funds, and business equity, and over 75% of non-home real estate. Since financial wealth is what counts as far as the control of income-producing assets, we can say that just 10% of the people own the United States of America.

William Goonan
I have a graduate degree in Educational Psychology.Married with two children. 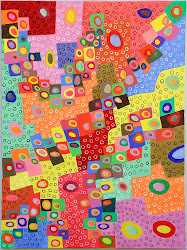 One of the most glaring examples of this continues to be the ability of corporations to cheat the public out of tens of billions of dollars a year by using offshore tax havens. Indeed, it's estimated that companies and wealthy individuals funneling money through offshore tax havens are evading around $100 billion a year in taxes -- leaving the rest of us to pick up the tab. And with cash-strapped states all across the country cutting vital services to the bone, it's not like we don't need the money


WE OPPOSE TOTALITARIANISM IN ITS SECULAR AND RELIGIOUS FORMS. Communism is a horrible, destructive parody of socialism. "Communism" is the most dangerous enemy of democracy and free Labor in the world. We rejoice in its collapse of the Soviet Union with formerly enslaved nations now joining the society of democracy. SD,USA proudly opposes Communist totalitarianism and opposes religious extremism arising in many religious traditions, especially in the Islamic world.
WE AFFIRM THAT IN THE 21ST CENTURY THE SOCIAL DEMOCRATIC/DEMOCRATIC SOCIALIST MOVEMENT SHALL ALSO BE A ENVIRONMENTALIST MOVEMENT DEDICATED TO PRESERVING THE FRAGILE ECOLOGY OF THIS PLANET. We commit ourselves to working with labor and environmental coalitions like the Blue Green Alliance, begun by the unionists and environmentalists to preserve our planet and create new jobs in renewable energy and mass transit.